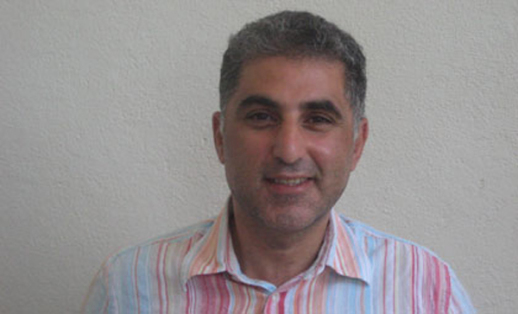 Full Professor of Sociology at the American University of Beirut and editor of Idafat: the Arab Journal of Sociology (Arabic). He is also a member of the Executive Bureau of the Arab Association of Sociology. He holds a PhD in Sociology from the Ecole des Hautes Etudes en Sciences Sociales, Paris (1994). He has served as a visiting professor at the University of Poitiers and Migrintern (France), University of Bologna and Ravenna (Italy) and visiting fellow in CMI (Bergen, Norway).

Hanafi was also the former Director of the Palestinian Refugee and Diaspora Centre (Shaml) from 2000-2004 and a former senior research at the Cairo based French research center, Centre d’études et de documentation économique juridique et sociale from 1994-2000. He is the author of numerous journal articles and book chapters on the political and economic sociology of the Palestinian diaspora and refugees; sociology of migration; transnationalism; politics of scientific research; civil society and elite formation and transitional justice. Among his recent books are: The Power of Inclusive Exclusion: Anatomy of Israeli Rule in The Occupied Palestinian Territories, edited with A. Ophir & M. Givoni, 2009, NewYork: Zone Book; The Emergence of a Palestinian Globalized Elite: Donors, International Organizations and Local NGOs, edited with L. Taber, 2005; and Pouvoir et associations dans le monde arabe, edited with S. Bennéfissa, 2002, Paris: CNRS. In addition to his academic work, he has served as a consultant to the UN, the World Bank, and other organizations.

This time, the session of Public Sociology Live offers us a description about the Palestinian Refugees in Israel. The distinction here came from the public, which is divers and sometimes invisible. The aim of this author in their public sociology is to shed light on the invisible, little and marginalized communities. Therefore, public sociology is so important because the professional sociology can not achieve this visibility. We can see how important the connection of the academy with the people is, because everybody of the community can contribute with his/her knowledge to the research, which helps to carry out more policy recommendations and social transformation. So, Sari Hanafi gives us a perspective about how important it is to apply public sociology working with small groups, which are especially excluded by the rest of the people. Hanafi’s speech goes beyond the rest of the people saying that researchers who do not carry out public sociology in their works, may feel guilty about their interest of promotion in the university. In our group we share the opinion about how we are able to learn through public sociology, from the common sense of the people. In other sessions we could also see how important it is to be in direct contact with people from different backgrounds, it is the way to achieve objectivity in research. Even habermas through his theory of communicative action sustains that objectivity derives from the power of the argument, not from the people who pronounce the argument. So, everybody has something to contribute with to the professionals and to the entire society.

However, Sari Hanafi is not contrary to other types of sociology, indeed he recognize that professional sociology is necessary in order to earn a salary and to live supposing that by doing fieldwork, there is no salary to be earned. Therefore, he does both kinds of sociology; public and professional sociology. It is a balance between both, the academia and the social transformation. Policy sociology is also key in the social transformation, because through policy sociology, the social policies for the refugees are made. Hanafi was speaking about perishing locally and publishing globally, which evidence the impact between the local research, public sociology and the global publishing, in order to have international recognition, that the academy requires; professional sociology. Nevertheless, sometimes, this international publication may seems like a treachery with the locals. Thus, both kinds of sociology are useful. We have also seen in this seminar, of Public Sociology, some other examples, like the critical communicative methodology, which is based on dialogue between researchers and social actors, but also associations, policy makers, and everybody involved. These actors are also who disseminate the results when they are finished and can contribute to more policies and policies recommendations.

Ramses Lopez Pimentel (Barcelona): https://vimeo.com/41892966 Hello Everyone, We are the group of the Public Sociology Live Seminar of Barcelona.

Ramses Lopez Pimentel (Barcelona): All the videos of the sessions are online on this site http://www.isa-sociology.org/public-sociology-live/

Ramses Lopez Pimentel (Barcelona): This week i will take the time to read your work. If you got time please upload here the link for others can been interesting. Keep in contact! Jose

José Katito (Barcelona): Here’s my work: http://www.unitn.it/files/download/8701/quad60.pdf (in Italian) (Dilemmas of South African Sociology in the Post-Apartheid Period: Between Social Responsibility and Global Challenges). But I won’t be in Barcelona this week. Thanks! Hugs

Sari Hanafi’s research on governance in Palestinian refugee camps embodies the interdependence of all four types of sociology, as outlined by Michael Burawoy. Hanafi engages in professional sociology in that he relies on sociological theories and concepts, particularly those of Michel Foucault, to both explain the modes of governance in the refugee camps and propose an alternative model of camp governance, ie. the Porto Alegre Participatory Model. Yet, at the same time, his research is marked by a critical dimension as he critiques prevailing security and humanitarian discourses surrounding Palestinian refugee camps and focuses more on the issue of inclusive exclusion. Hanafi’s policy orientation is reflected in his practical recommendations for political authorities as well as other actors involved with the refugee camps, such as the UNRWA and popular committees. Last but not least, his research demonstrates public sociology, particularly traditional public sociology, as it raises publicly the problems of power, security and participation in refugee camps.

Hanafi’s focus on governance rather than sovereignty raised our interest as it implied a horizontal distribution of power within the refugee camp and thus challenged vertical, state-central thinking that has dominated “security” discourse. This brought our discussion to the parallels between Castell’s theory of the network society and Hanafi’s governmentality approach: in both their works, Castells and Hanafi investigate power and its dissemination, particularly in a non-vertical manner. Indeed, Hanafi examines power ‘from below,’ accounting for various stakeholders in governance of refugee camps, such as humanitarian organizations (UNRWA), popular committees, Islamist groups, local elites, and host countries. This complexity of power relations made us think about the difficulties researchers encounter when navigating between multiple actors in a field of power. In specific, how do they remain “objective”? Considering the vulnerable position of the refugees and Hanafi’s attachment to the community as a former camp dweller, his relationship to his public seemed particularly complex to our class, and we wondered what advantages or disadvantages his position granted him.

Hanafi’s investigation of the role of space – especially his concept of ‘spaces of exception’ in which refugees become ‘bare life’ deprived of political rights – stimulated us to further discuss the relationship of Hanafi and his public(s). Most of us agreed that Hanafi’s qualitative research empowers research participants to become autonomous agents capable of expressing their opinion. Considering the extreme vulnerability of the camp dwellers, we talked about the fascinating idea of ‘global sociology ethics.’ What underlined our discussion was the concern whether Hanafi’s public sociology involves reciprocity and goes beyond ‘making the invisible visible’.

Discussing the professional and policy dimensions of Hanafi’s work, we also considered the feasibility of the participatory governing model in relation to the political context. While citizens in Porto Alegre have certain rights or privileges pertaining to citizenship, Palestinian refugees, being stateless, are essentially deprived of these rights. This made us question the validity of a theoretical model deriving from a Brazilian context. Even leaving theoretical questions aside, we still wondered whether the utopian model has impacted policy in the first place.

What we enjoyed the most about Sari Hanafi’s talk was his emphasis on the importance of one’s methodological approach to public sociology. His ethnographic approach highlights the need to gain legitimacy amongst ones local public/s for the creation of reflexive knowledge. This links to what Ramon Flecha and Marta Soler spoke about in terms of critical communication and triangulation. While Nandani Sundar spoke on behalf of communities embroiled in the politics of insurgency, she spoke for people who did not know or recognise her when she spent time in their community. On the other hand, Sari Hanafi’s approach is to bring his academic knowledge back to the local in order to integrate alternative local forms of knowledge. Thus his theoretical ideas resonate with local understandings of their space.

A mutually constituting relationship is formed between Hanafi’s intellectual work involving his relationship with the public space and the inspiration he draws from the public space for his intellectual work. By immersing himself and his time in the places and spaces where he does his research, Hanafi draws internal sustenance for his intellectual endeavours. His sense of outrage with the governing of the Palestinian refugee camps resounds in his work questioning the alienating way people live in a neighbourhood of plenty.

We were surprised by how such a politicised space compartmentalised the different forms of sociology, particularly the professional and public forms of sociology. The idea of ‘publishing globally, perishing locally’ links to larger theoretical point about the fact that empirical work does not lend itself to generalisations. A deeper point is made about local publics in relation to the pressure of neoliberal academia. While it is easier to publish locally and the pressure is on one to publish in volume, one also wants international publications. And while subaltern studies often transcend the local, what does publishing globally mean for public sociology trying to avoid perishing locally? Does one sacrifice the global for a local public form of sociology? We considered that in the Arab world the ‘West’ is often considered the ‘international/global’ world and therefore the tension is even more acute.

Hanafi’s emphasis on language and the difficulty of translating journal articles to a level that makes sense to a local public is also significant. Globally, English and French dominate the academic sphere. In South Africa this problem is less of an issue because English is widely spoken, but we wondered how public sociologists in countries such as China deal with this challenge.

Hanafi on Palestine
Listening to Hanafi this week led us to a discussion of the conflict in Palestine and about suicide bombing, and what sociological concepts we can use to best understand the situation Palestinians are currently living under. Many of us experienced his concept of Spaciocide as being a very real and applicable concept, which describes the situation in Palestine well. We discussed the situation of Palestinians on the border, and what responsibilities the Arab states have to protect and provide for Palestinian refugees. One in the group mentioned that this is a new and important perspective in a conflict which is often presented as consisting of the Israelis and the Palestinians. Here in Oslo we are very much looking forward to Hanafi’s visit, he is opening the Middle-East conference hosted by the Norwegian Sociological Association in May.