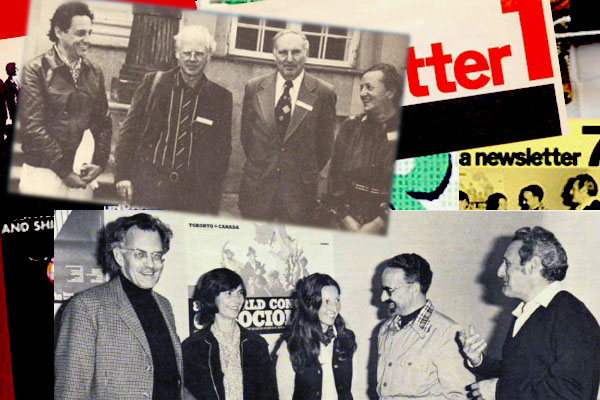 The ISA newsletters shown here ran from 1971 to 2001. They are fun to browse as well as providing a lot of historical information, about the growth of worldwide sociology as well as ISA activities. Reports on meetings show what issues concerned members then, and one can follow through the trajectory of the careers of some now-prominent colleagues; one can also see quite a few pictures of senior members of the discipline, whether taking part in committee meetings or relaxing informally.

There is some random variation over time in the topics covered, as members did or did not volunteer items, or meet deadlines set by the office, but the tables below show in which issues to look if you want to learn about some of the recurring activities reported.

Some of the World Congress programmes are given in fine detail, down to the names of speakers in non-plenary sessions and the titles of their papers, while others have not put so much in the newsletter; even just the named topics of sessions convey a sense of the period.

Of the history of Research Committees, most of the listed items come from a period when a deliberate attempt was made to get each RC to provide an account of its history, and they did this with varying levels of detail; where officers had changed, of course, the institutional memory and written records could be limited.  Since then the history has not been pursued systematically, but regular RC reports appear.

For the obituaries, a very brief note of the roles played and contributions made by those remembered is given with each.

For all the former ISA Presidents a full biographical note, and information on other useful sources, can be found elsewhere in this website.

Social Knowledge and the Multiplicity of Languages and Cultures