Resurgent Authoritarianism: The Sociology of New Entanglements of Religions, Politics, and Economies

The global rise of authoritarianism, as well as populism, xenophobia, and racism, makes our task as sociologists more crucial than ever. This dilemma is assisted by the gradual symbolic thickening of public culture through combinations of extreme nationalist and religious fervor.

What is the best way to analyze global resurgent authoritarianism? In addition to dealing with the scars of the colonial era, a postcolonial approach should be supplemented with another approach; we need to find ways to diagnose and resist this resurgence. This approach should take into account how authoritarianism affects not only our societies, but also our knowledge production. The self-centered and unspoken have become more important than the told and argued. We are concerned not only with the hard authoritarianism that heralds the brutalization of society and politics, but also the soft authoritarianism that often thrives in the shadow of neoliberalism, as the state moves deftly in the open or in secret to devise modes of governance that shore up its power against popular discontent.

A special interest of our Congress is how to disaggregate the Western, but also sociological, assumption of secularism as inherent in modern society and at the same time analytically dissociate the state from religion. While this separation is still a crucial pathway toward democracy and citizenship, the process needs to be problematized. We particularly look forward to discussing the promising avenues of inquiry within sociology and related disciplines about what have been termed ‘post-secular societies’ and ‘multiple secularities’.

Thus the XX ISA World Congress of Sociology will focus on how sociologists worldwide can (and do) contribute to the understanding of the resurgent authoritarianism and analyze the new entanglements of religions, politics, and economies. It will also focus on how sociologists engage (physically and critically) in the formidable social movements we are witnessing today in different parts of the world and in a renascent civil society.

The XX ISA World Congress of Sociology in Melbourne, Australia, June 25-July 1, 2023 will be in hybrid format. Further details will be provided in due course. 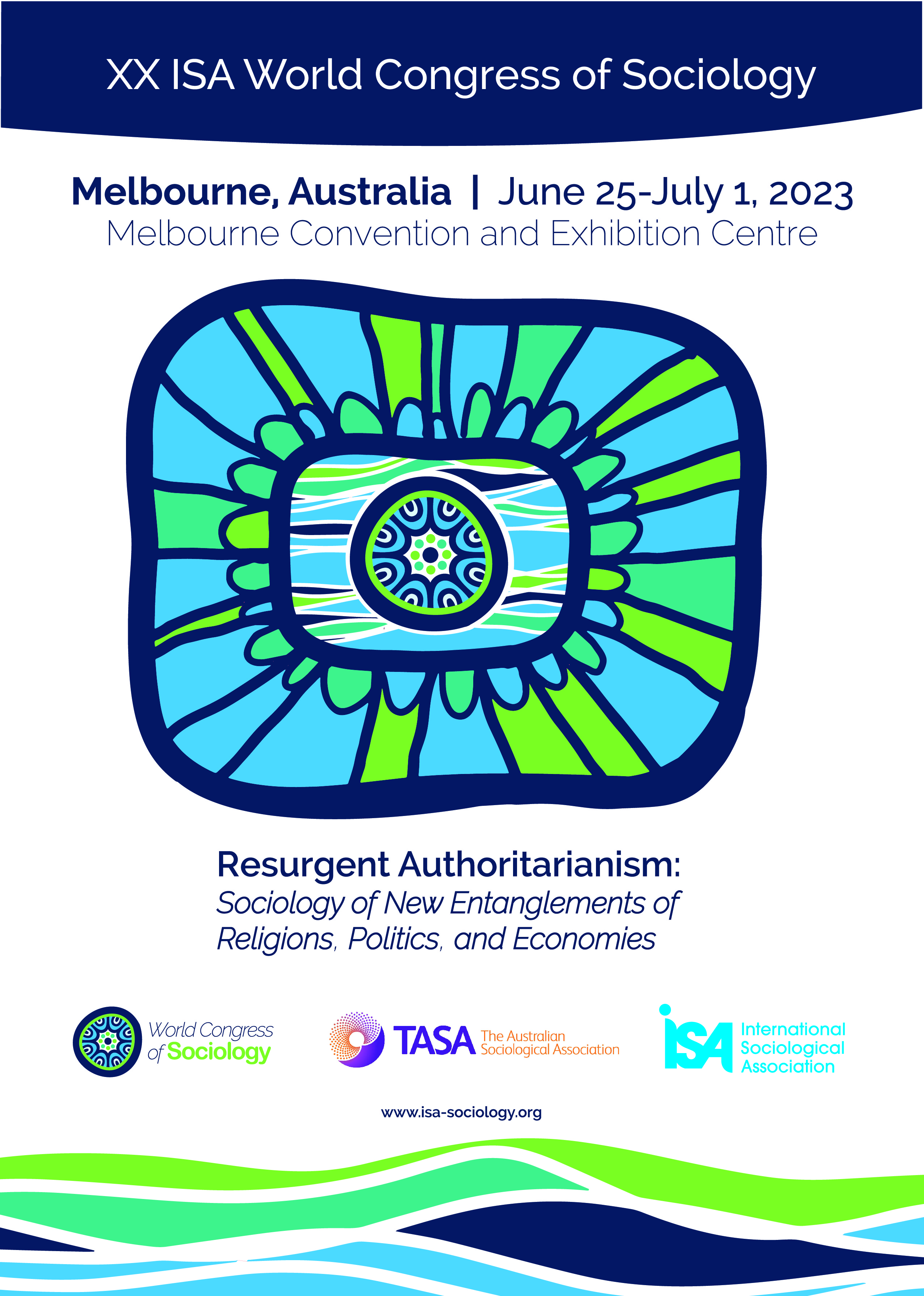